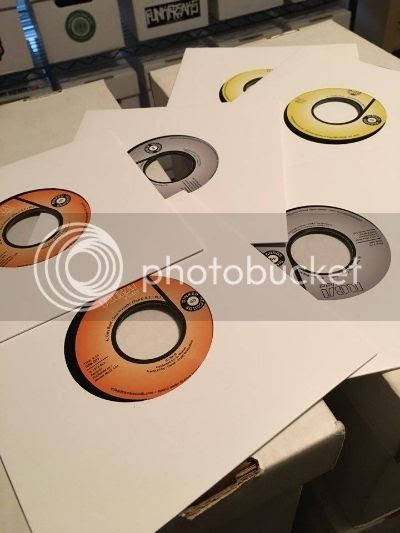 The "Dinking" of a record is the process used to punch out the large center hole. This process was first introduced in the United States so that "Dinked" records could be played in Jukeboxes. Dinked is also, the name of a new record label specializing in large center hole soul & funk 7" vinyl 45's. Traditionally the large center hole indicates the record is a 7" 45rpm single. Jukeboxes were by far the most popular way to hear music in the 40's & 50's so records pressed in the United States were by default manufactured with a "Dinked" or large center hole. In the 1940's 75% of all 45's pressed went straight into jukeboxes. Long Play and 33rpm 7"s were still made with small holes during this period and there were a few jukeboxes in circulation that had the ability to play both. The size of the hole would determine at which speed the record would play. In the United Kingdom 7"s were manufactured with small holes regardless of the playback speed. The jukebox operators would then "Dink" the records themselves using a hand dinking tool. As the popularity of jukeboxes declined and more records were made for home listening, dinked 7" records lost their appeal and the smaller hole started to become the standard.  Capitol records then introduced the 7" with a knock out center. It was the knock out center that eventually made the dinked center redundant. 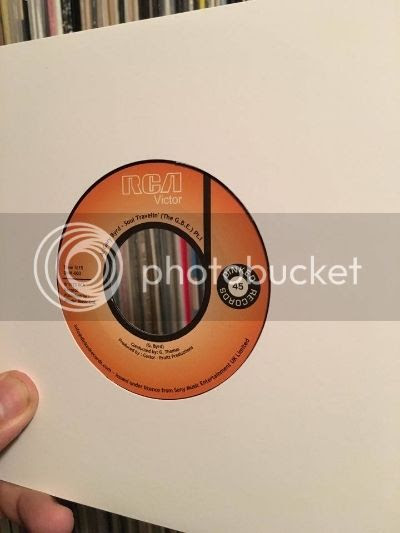 The good thing about these new issues from the label is those that own rare and expensive original copies can finally put them on ice and stop risking cue burns or damage to them. Gary Byrd's "Soul Traveling" is a sought after funk jawn with the oh so dope horn intro as sampled by Soul II Soul. 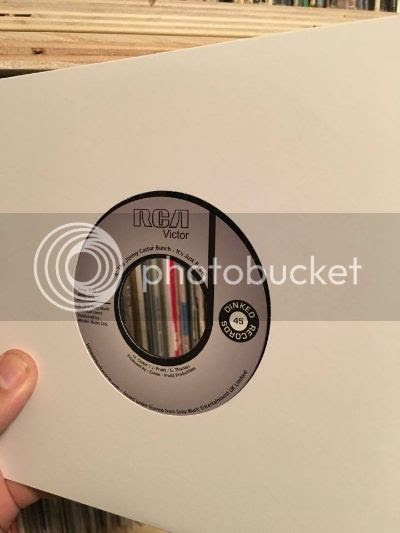 Next up the b-boy classic anthem "It's Just Begun" from the Jimmy Castor Bunch. Here's your chance to own this on a 45 with flying to Italy to dig for them or break out a c-note or two on the internet. Finally we have the "Funky Mule" edited and flipped by the homie Nick Bike. Monster! All these are definite musts for my soul, funk & b-boy djs/record collectors out there. For more info. visit: 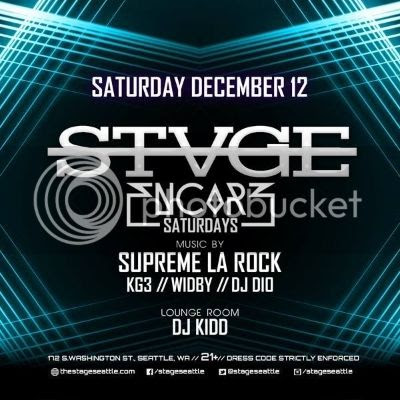 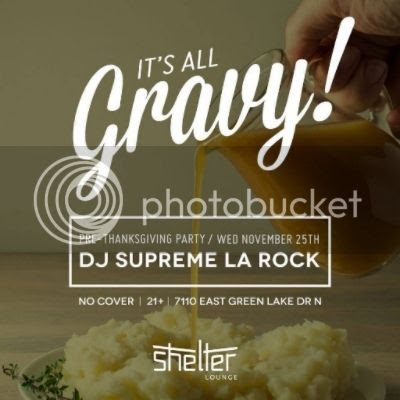 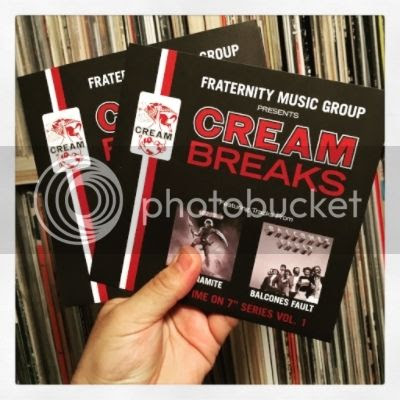 Available for the first time on 7" vinyl 45rpm comes two classic breaks used by hip hop dj's for decades. Kid Dynamite "Up Hill Peace of Mind" b/w Balcone's Fault "Leave Your Hat On". Courtesy of the Undercover Brother and the Fraternity music group. Be sure to visit them for this and a lot of other soul, funk & heavy drum breaks. http://fraternitymusicgroup.bigcartel.com
Posted by Supreme La Rock at 11:56 AM No comments: 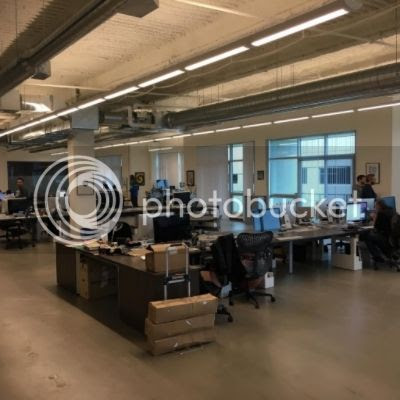 This past Friday I stopped by Discogs (the number one site in the world to buy, sell & catalog records) in Beaverton, Oregon to have lunch with the staff, meet the owner and wish them a happy 15th birthday! 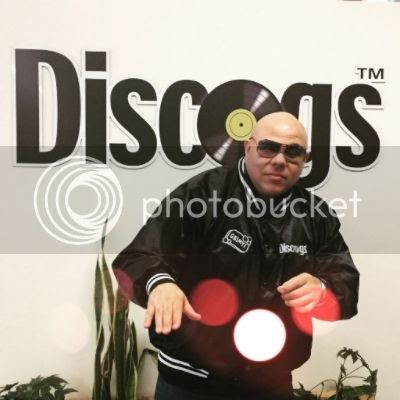 Watch for a very special forthcoming collaboration from us in 2016! 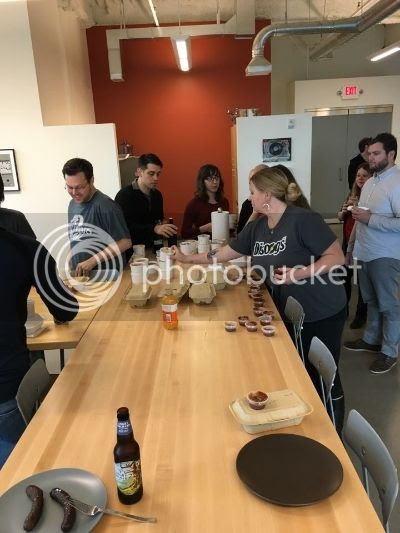 Posted by Supreme La Rock at 2:37 PM No comments: 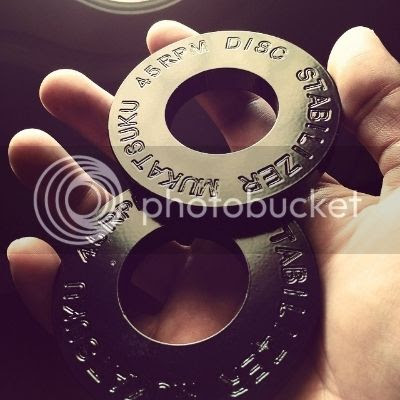 Picked these up in Amsterdam on my travels this past year. Super necessary for vinyl 45 dj's courtesy of Japan's Mukatsuku they simply lay on top of the record over your adaptor to add any extra weight to dampen noise improve bass and reduce skipping. I'm pretty sure these came and went but the good news is DJ Osmose makes a similar thing and he's based in the USA. You can find him by doing a google search.
Posted by Supreme La Rock at 9:17 PM No comments: 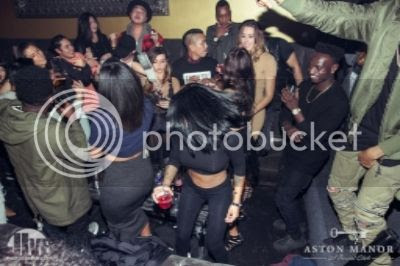 I had the honor of rocking @ Aston Manor for the Estate grand opening soiree with Pusha T of the Clipse last week. 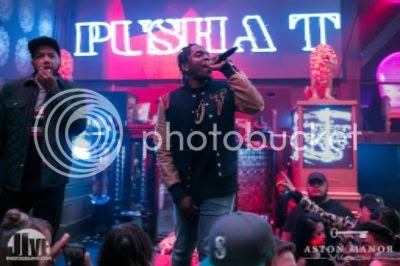 Shout out to Jared from Jive photography for capturing flicks throughout the night. 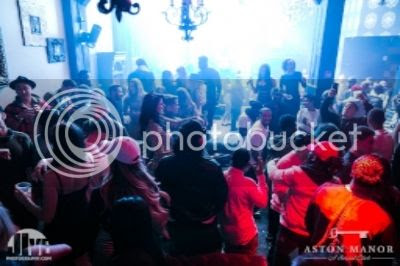 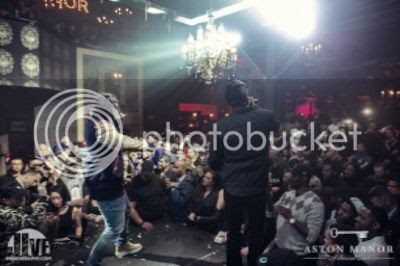 Be sure to visit Estate Seattle's newest men's fashion boutique located in the heart of downtown Seattle. 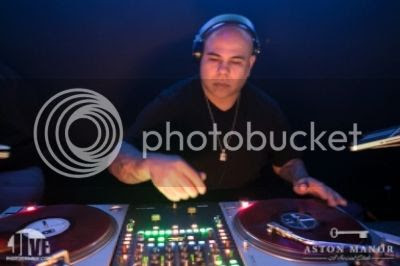